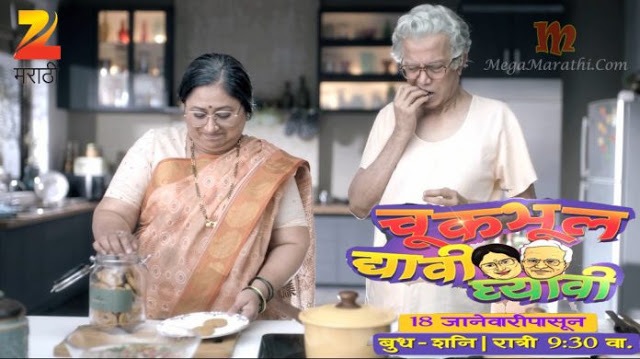 In a list of TV shows releasing next year, one of these includes Chuk Bhul Dyavi Ghyavi. The TV show has Dilip Prabhavalkar and Sukanya kulkarni Mone are seen in the lead roles, while the actors in the supporting roles are seen in the supporting roles. The TV show is produced by Manva Naik while the screenplay and dialogues are composed by Madhugandha Kulkarni. The show would be aired on the TV channel at Zee Marathi, while it is slated to hit at 9.30 PM in the show. The TV show falls under the light romantic comedy, which is all set to hit the TV screens on 18th of January 2017.