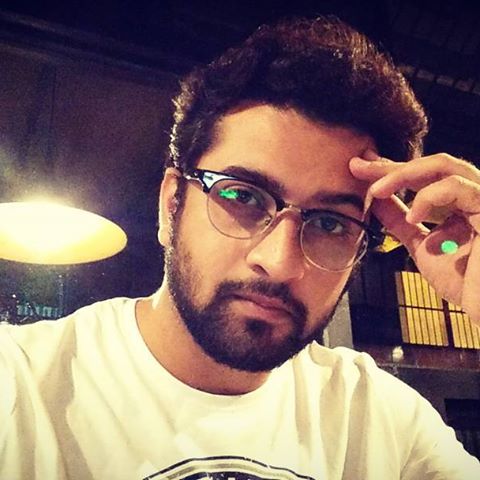 Akshar Kothari is a television actor on Marathi channel known for his realistic acting. He has acted in serials like Bandh Reshamache  on Star Pravah. It was his debut serial produced by Balaji group. In this serial he played the role of a rich and arrogant boy named Shekharaj Daulatrao. Ravindar Mahajani, the yesteryears superstar played the father of the character. It was a Balaji Telefilms show that got good response on Star Pravah.

Akshar completed his education from St. Joseph’s School in Solapur. He studied Bachelors of Business Administration at HNCC. He also pursued his masters degree at University of Mumbai. Akshar’s parents wanted him to pursue a career in academics. He had to convince his parents that he found acting as his calling. He joined Waman Kendre’s school of Dramatics and obtained training and honed his acting skills. Akshar came out as a very mature actor after the training at the institute. Akshar was spotted at a drama by the producers and from there he was offered for the role in Bandh Reshmache.

Akshar Kothari  is a die hard fan of well known directors of both Bollywood and Hollywood. He dreams of working with directors like Vishal Bharadwaj and Anurag Kashyap. Akshar loves to go on adventures with his friends and family. He loves to go on long drive with his wife. Akshar also calls himself a wanderer as he loves to explore the world. His favourite film his Hollywood’s God Father.

Presently , Akshar is residing with his family in Mumbai. He is acting in the serial Chahul on Colors Marathi which is a suspense thriller.

Chahul is a spooky thriller in which Akshar is working with a Russian actress named Lizan and youngster Sheshwati Pimplikar. It is telecasted on Colors Marathi.