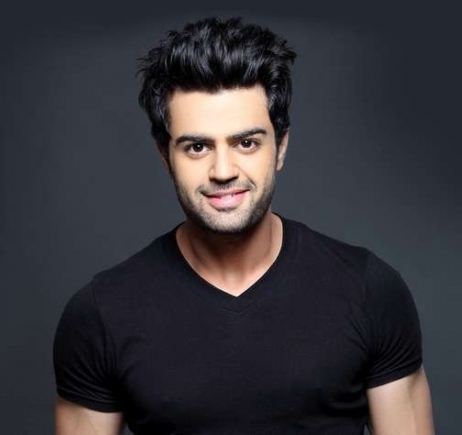 Manish Paul, the popular anchor on TV was seen in few Bollywood films recently. Now the talented and funny anchor will be seen in  a Marathi film as well. Designer Vikram Phadnis’ movie Hryudayantar , which was launched recently , has Manish in a small but important role. Manish said that as he and Phadnis shared great friendship, he could not say no to this offer.

Manish will be playing the role of chief guest in the movie in a scene of school’s function. The actor is known for his lively personality on stage and charismatic smile that bowls the audience over. Manish is a talented actor too which he has proved with Bollywood movies like Tees Mar Khan and Mickey Virus.

Manish as a talented anchor is always vibrant and has a contagious enthusiasm. He has hosted many shows like Jhalak Dikhalaja and Comedy Circus. He is easily the most sought after anchor on TV. Manish has posted a pic with Vikram Phadnis with the two chilling out.

Hryudayantar is Phadnis’ first movie as a director and has Subodh Bhave and Mukta Barve in the lead roles. The launch of the film was done by superstar Shahrukh Khan. The movie is very close to Vikram’s heart and deals with an intense subject.

Manish is elated to a part of this film.