Catch Rakshas Trailer that remains a Fantasy besides the Fancy 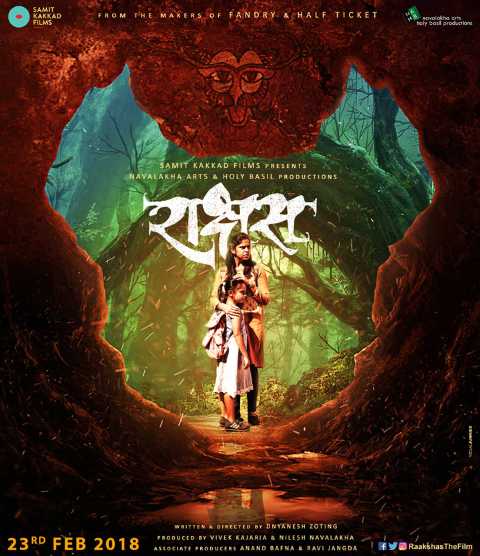 The makers of M Town film Rakshas are back and this time they have embarked with the trailer. The film featuring Sai Tamhankar and Sharad Kelkar called ‘Rakshas’ can be called as the one of the most awaited movies ever since we had the first look of the poster of the film that came out. The fantasy thriller genre is certainly not the staple of the M Town hence the basic genre and theme itself seems to be novelty to it. And now we have the trailer that seems to be hitting with the novelty factor to the other level.

The film is made by Dnyanesh Zoting who happens to be a young filmmaker who seems to have the distinct voice and vision. The film is presented by the Half Ticket fame actor called Samit Kakkad and it is produced by Vivek Kajaria and Nilesh Navalakha who was seen earlier bringing the films including ‘Fandry’ and ‘Half Ticket’. The movie certainly deeper than it seems to have a mystery, which could help in making a social connect with the deep understanding audiences. The actor Sai Tamhankar seen in the movie also comes up with a very simplistic avatar and is seen fitting the part in a right way.

So, what really is the mystery of this wild forest, which is portrayed like a fantasy world and why on earth do we see the character of Sharad Kelkar was seen going there and lastly how does he is seen getting disappeared? All these questions would come in our mind while we catch the trailer, however, you got to wait for a while to seen your questions getting  answered. The dark treatment that is seen getting visible in the trailer simply makes it a real fantasy that goes beyond fancy. If you are yet to catch the trailer, better have a look at it as under and do comment on us: