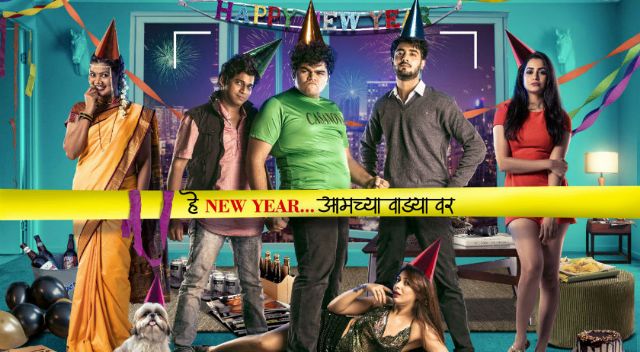 Though one may call this M Town film to be adult or sex comedy film yet as you check the trailer one can get a feeling that it is nothing but a situational comedy movie. The theme of the film seems to be very much relevant in current times, while the performances of the lead actors appear to be too good. As you check the film, all the lead actors including Manmeet Pem, Shashikant Kerkar, Bhau Kadam and Kushal Badrike, all appear to be in top form. After the great and grand success of the film ‘Boyz’ the makers are back again with this genre making it to be a very much bankable film for the M Town.

It would be interesting to see the movie that seems to deep into the subject and the trailer that is seen giving the right message with a possibility. The actor would certainly be the right attraction of this movie and come along with the intense performances as well with the last year film called ‘Kachcha Limbu’! Well, now talking about the film Loose Control, the film is releasing too soon and the release date of the film is 23rd Feb 2018.

And you check the trailer, you would find it very much eye catching wherein one can find the fancy of the younger audiences and the way they have been trending over the social media as well. If you are yet to catch the trailer, no worries have a look at it as under and yes do not forget to share your views and comments about the film and the trailer as under, while stay tuned with us to know about this film and others.