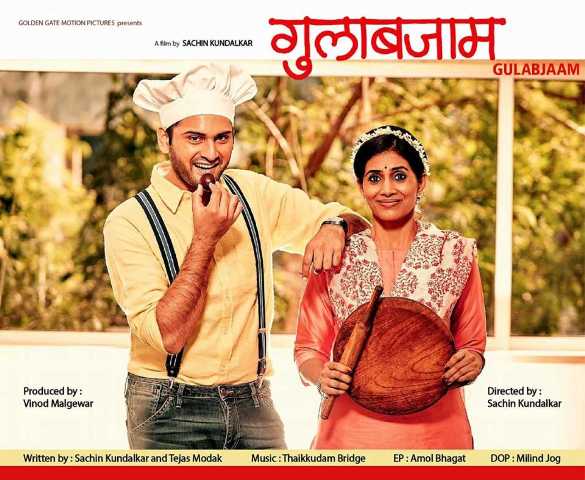 Though we all know the basic story of this M Town movie ever since the fans have seen the posters and the teaser, but with the recent release of the trailer by Sachin Kundalkar directorial film called ‘Gulabjaam’, the curiosity elements have been soaring and so are the expectations! As you check one call the treatment of the movie appearing to be very much refreshingly new and then you have something different than the usual Kundalkar’s own works of the recent times.

In the trailer one can find both the lead stars Sonali Kulkarni and Siddharth Chandekar to be seen in a completely new avatar while their respective role particularly the character of Sonali Kulkarni simply is found out to be in  a never seen before character. As you dig in deep, the movie is presented under the banner Zee Studios  and it is set to release all across over Maharashtra on 16th February 2018. The filmmaker Siddharth Chandekar that seems to be back on the picture form after an average last year.

We wondered why is the movie the titled ‘Gulabjaam’ which is specifically out of the countless the Indian delicacies? The trailer seen is suggesting us that the ‘Gulabjaam’ seen reminding the character Siddharth about his past. And it is the same recipe in the film, which is seen introducing the two role to each other. The roles who do not seem to get over easily in the trailer seems to excites for their incredible journey together! All in all one can call the film ‘Gulabjaam’ promising to be a roller coaster ride of the entertainment. So, what do you have to say about this, do comment and let us know about it meanwhile you check the trailer of the film as under:

Catch Rakshas Trailer that remains a Fantasy besides the Fancy