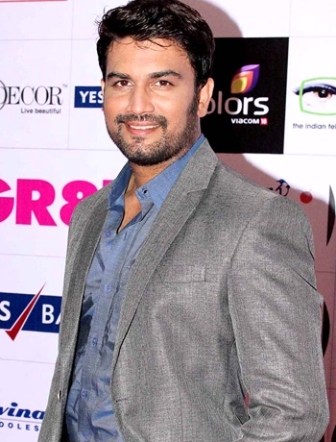 Sharad Kelkar is among the popular TV shows who have worked for a number of TV serials and films. He hails from Gwalior wherein he did his schooling followed by doing her college and then his MBA in marketing from a popular Management in his hometown. He was born in Gwalior on 7th October 1976 in a typical Hindu family. As far as his personal life is concerned, he is married to a TV and film actress – Keerti Gaekwad Kelkar in June 2005 and the couple has a daughter Kesha Kelkar. He started his career by entering into modeling and soon got a role in TV doing his debut with the show called Aakrosh in the year 2004 in DD. He then got a couple of other TV shows including SaatPhere – Saloni Ka Safar.

Some of his TV shows include CID, Sinndoor Tere Naam Ka, Uttaran, Bairi Piya, Sarvggun Sampanna, KuchToh Log Kahenge and Agent Raghav – Crime Branch in the lead roles. He also participated in reality shows including NachBaliye 2 and Comedy Circus Mahasangram, while hosted the shows including Sa Re Ga Ma Pa Challenge 2007, Rock-N-Roll Family, Shaitaan – A Criminal Mind and PatiPatniAurWoh. The very same year (2004), he did the debut in films with Hulchul followed by a Marathi movie called Uttarayan. Some of his Hindi movies include 1920: Evil Returns, Goliyon Ki Raasleela Ram-Leela, Hero, A Paying Ghost, Rocky Handsome, while his upcoming movies include Iradaa and Roustom.

His Marathi movies include Chinu, Lai Bhaari, Sangharsh Yatra, while he also did one Telugu movie called Sardaar Gabbar Singh. Besides, he is also a dubbing artist, who gave voice for a number of shows including Dawn of the Planet of the Apes, Avinash, Guardians of the Galaxy (film) and Baahubali: The Beginning. Besides, he was nominated in a couple of TV award functions but failed to get any.