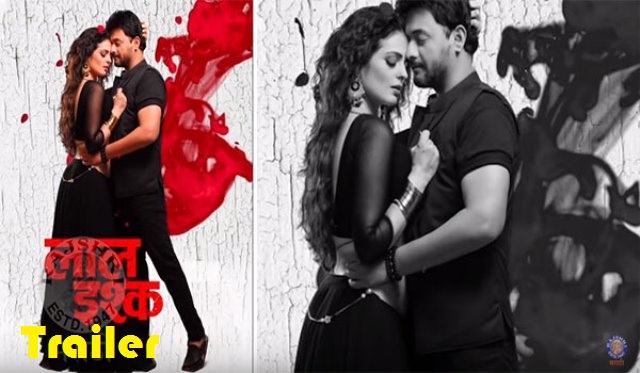 The Sanjay Leela Bhansali debut Marathi movie – Laal Ishq is gearing up for its release, hence it’s obvious to see the film to get into the promotion mode. After releasing some initial posters of the movie, the makers of Laal Ishq have finally embarked with its official trailer in the media. It was gala even at the NSCI World wherein the entire crew was present to launch the trailer of the said film. However, the veteran filmmaker of B Town was absent in the said event though there were three special guests present on the occasion including Sonalee Kulkarni, Sai Tamhankar and Mukta Barve.

These are the three ladies who were in the lead actress opposite the M Town actor who is also the lead star of the film Laal Ishaq – Swapnil Joshi. Hence with the presence of the three gorgeous and skilled ladies, and the entire cast and crew of the film, the trailer was launched. As you check the trailer of the film, you can find it to be a murder mystery, which is being investigated by a cop in a resort based at Lonavala having the lead pair to be the prime suspects. Though the film has a mystery at the center of the movie but it has loads of other stuff as well. The film has other stars from M Town apart from Swapnil in the lead roles including Yashashri Masurkar, Milind Gavli, Priya Berde, Kamalesh Sawant, Farzil Pardiwala and Uday Nene. Time to catch the trailer as under: