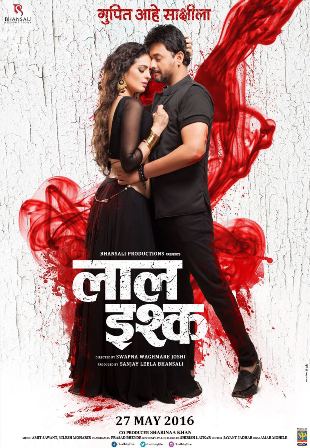 Laal Ishq happens to be a romantic movie, which is has one of the best star casts in M Town. The film has Swwapnil Joshi, Anjana Sukhani, Sneha Chavan and Jayant Wadkar in lead roles, while Priya Berde, Yashashri Masurkar, Piyush Ranade, Milind Gawli, Kamlesh Sawant and Uday Nene in supporting roles. The film is directed by Swapna Waghmare Joshi, while it is produced by Sanjay Leela Bhansali under the banner of Bhansali Productions. The story and screenplay along with dialogues comes from the Shirish Latkar and the music is given by Amit Sawant and Nilesh Moharir.

The film has two prominent names from B Town Bhansali and the other is Shabina Khan the well-known costume designer, one can therefore expect something really different at the film level. She is being roped in this M Town film as a co-producer. Both of them are known to give lavish films with loads of glamor and other elements. Hence one can expect the same trend in this upcoming film LaalIshq as well. The film LaalIshq is releasing on 27th May 2017 and currently Bhansali and his Marathi movie team is in its promotion mode hence once can find a number of posters being unveiled in the social media and other mediums. Stay connected with JustMarathi to get to know more about the movie.