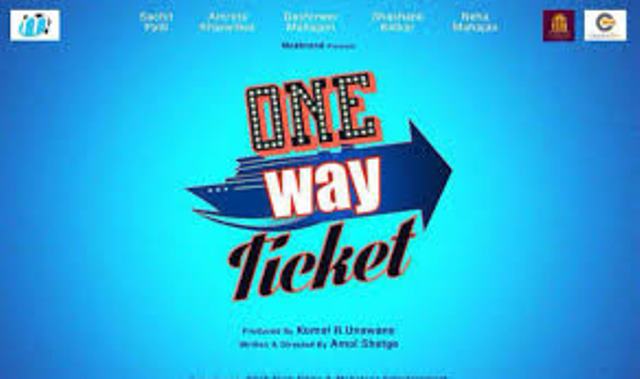 Finally the makers of the film One Way Ticket has embarked with its second trailer. The film is already makes waves over the social media considering its fancy locations spread all across Europe and the suspense & thrill element found in the movie. The film is set at the backdrop of luxury cruise, which is the first time any M Town filmmaker is trying to showcase in his movie. The film has one of the most picturesque scenes thanks to the luxury cruise that has been the part of the Marathi flick.

The film has the glamorous star cast from M Town having Amruta Khanvilkar, Neha Mahajan, Sachit Patil, Gashmeer Mahajani and Shashank Ketkar. The latter is a heartthrob from small screen and doing his debut in M Town with One way Ticket. The second teaser is really impressive giving a captivating kind of look and feel in the film. You get the opportunity to catch both the scenic and joyous portions in the teaser, which would certainly going to make it a kicking element. Overall, the trailer is impressive enough to captivate the audience and is the film is expected to do. Anyway, you check the second teaser of the movie as under:

Catch the trailer of Marathi movie Lost and Found