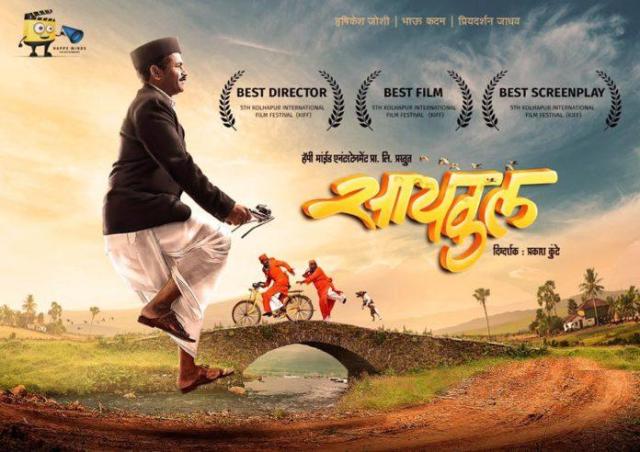 The M Town as we know is not short of cool movies and we have a couple coming up as well. These certainly include the M Town movie called Cycle. The film is directed by Prakash Kunte who happened to give movies like ‘Coffee Ani Barach Kahi’ along with ‘Hampi’ and now he is embarking with another movie known as ‘Cycle’ which is a highly awaited movie that is known to be the part of the reputed Cannes film festival. The movie has Hrishikesh Joshi, Priyadarshan Jadhav and Bhau Kadam in the lead roles, which sees to be the very real characters.

If you talk about the plot of the film, the movie revolve around a father, daughter and their mystical cycle. The film seems to be Mystical all because of the presence of a little girl who feels that her cycle can fly. The actor Hrishikesh Joshi now seems to be getting all the parts he deserves being an actor. The film based children and their small and trivial things have been often a strong point of the M Town films. And if you look at the film ‘Cycle’ it seems to give you tradition forward.

Prakash Kunte who happens to be the director of the film, he is known to have his own style of devising his films. All his movies have often captured the essence of these places, which  films are set in. And the best part of this beautiful little village by the sea is seen in this film the seems no exception. This movie is produced by Amar Pandit and Sangram Surve & is produced under the banner their own banner while it is presented by Sudhanshu Vats, Ajit Andhare and Nikhil Sane. The makers of the film have embarked with its teaser, how about catching it.