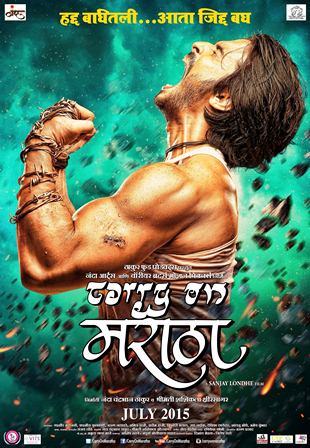 Produced by Nanda Chandrabhan Thakur and Shashikala Kshirsagar, Carry on Maratha is a unique film that focuses on the issues between the states of Maharashtra and Karnataka. Production house Nanda Arts has collaborated with Warrier Brothers Motion Pictures for this film. The enticing story has been written and directed by Sanjay Londhe. Stars like Arun Nalawde, Amin Hajee, Usha Naik, Kareem Hajee, Shantanu Moghe, Omkar Kulkarni, Sameer Khadekar, Kishori Ballal, Amey Kumbhar, Devika Daftardar, and Sachin Deshpande have been casted in this film. The role of the protagonist is being played by Gashmeer Mahajani and the lead female actor is Kashmira Kulkarni.

The movie is a perfect blend of sheer entertainment and has a good story plot. The rift between the two states has been portrayed perfectly in the movie. The love story between a Marathi boy and a Kannadi girl has been showcased beautifully in the process of assortment of all the flavours of both the states.

Debutant director Sanjay Londhe is expecting a huge success because of its content and plot. Music has been composed by Shail and Pritesh and their success is evident from the boom received at the music launch. Malhar Martand Malhar and Sobane So Ennire have received wide recognition. Singers like Shreya Ghoshal have lent their melodic voice to the movie. Lyricist Guru Thakur, Ashwini Shende, Mangesh Kankane, and Hridyesh Shiva have penned the words marvellously.

This action-romantic movie is getting released on 24th July, 2015. Be sure to book your tickets to catch this movie of a couple to check if they are able to overcome the cross-boundary hurdles.