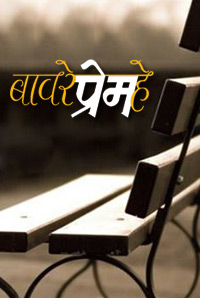 Marathi film industry is seeing a surge of quality content and a flow of good actors who are experiment. 2014 is going to be an important year for this industry, as many films will be releasing. September 26 has been announced everywhere as the release date for Baavare Prem He (2014). The film starres Siddharth Chandekar, Urmila Kanitkar-Kothare, Vidyadhar Joshi, Supriya Vinod, Madhav Abhynkar, Ashwini Ekbote and Tejashree Dharane. Baavare Prem He is unique and intense love story which has been produced by Nilesh Singh and Ajay Kishor Naik has directed it. There is a lot of expectation from the film and Marathi fans are all geared up to catch the action on the theaters on September 26.

Baavare Prem He is about a girl and a boy with diverse thinking, falling in love in Goa. Not much has been revealed about the story or the movie, with is upping the anticipation levels among fans. Questions have been asked about the unconventional pairing of the lead actors. The director Ajay Kishor Naik said that he loved trying different combination so that a lot of freshness can be brought to the story and the film. He is sure that people are going to relate and even love it.

Innumerable love stories are made in every film industry today. What is so unique about love in Baavare Prem He? The director had to say that people connect easily with love stories and they are something that fits with people of all genres. The film tracks the flow of the strong emotion called love and how far it can drive people. Lagn Pahave Karun was the last directorial venture of the director. People who have loved his previous movie are sure going to catch his latest offering in theaters this September. A lot of excitement has already developed.