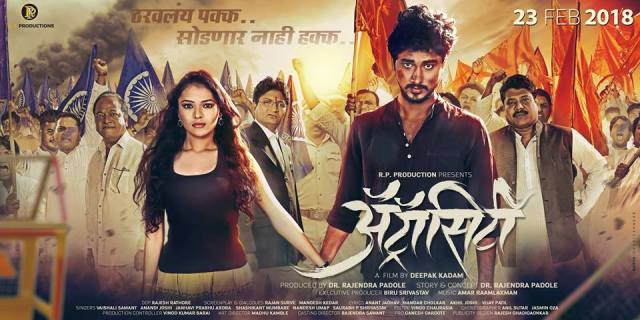 The film basically is a love and romantic drama, which deals with a story of a love triangle. However, soon it turns out to become a political drama ending up again with a love story. It takes different steps and directions while passing through various phases to give you a typical love story at the end. What happens at the end would be interesting to catch in the nearby screen.

This film goes beyond the typical love story and adds up several elements in it that include the political drama and several other things that can be seen in a masala movie. The story is not unusual but different than the other films. But at the same time, it becomes really difficult for us to handle the story as one may see too many dramatic elements are infused in it making it a typical masala movie. On the other end, the film suffers from proper screenplay and other elements, which are hard to believe.

Now talking about the performances, the lead actors seems too trivial when it comes to acting and performance. In fact, except the others in the supporting role, the lead actors who are indulged into a love triangle though needs some good lessons on acting, while others were okay yet failed to boost up the entertainment value. The direction seemed half baked and same was the story with other elements like music, songs, photography and the screenplay. The technical department too was seen hampered for no reason known.

The film turns a big atrocity to the audience who somehow manages to catch the film for obvious reason. Thanks to the typical masala content to the several other loathsome elements that reduces the entertainment value giving you nothing but regrets at the end.