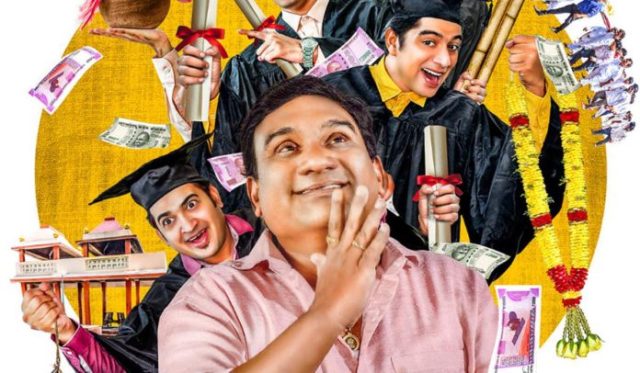 The M Town is not short of good films and the upcoming movie called Jaga Vegali Antyatra ’ can be called among the same. Well, the M Town with this film would be experimenting different genres including the black comedy this time. It can add a new and fresh experimental wave in the Marathi cinema. The film is produced by Dr. Nitin Shyam Toshnival under their own banner known as ‘Ultimate Film Makers Pvt. Ltd’ while it is directed by Amol Lahande. The film has the stalwarts including Bhau Kadam, Rajan Bhise, Madhav Abhyankar, Suhas Paranjape along with the young actors including Supreet Kadam, Vinamra Bhabal, Onkar Purohit, Shivani Bhosle and Dr. Vishal Gore.

The story of this M Town deals with the life of today’s youth and the issues who is seen struggling to get new jobs and make their careers. Despite being highly educated from reputed universities they tend to remain unemployed however, they have their own way to tackle their ways out to find out a competitive solution to this issue. The film simply presents this very much serious issue along with the flavor of comedy. The film has Amol Lahande as the director who is known to make issues on important social issue whilst doing so also promises to entertain the audiences.

The film has a fresh content while it has give space to the to some fresh treatment and talented actors as  ‘Jagavegli Antyatra’. The film has Rohan-Rohan as the music composers for the film, while the songs of the film are being given by the popular singers like Siddharth Mahadevan, Mahalaxmi Iyer, Vaishali Samant, Suresh Wadkar & Rohan Pradhan. This film is set to hit the theatres on 23rd March all over Maharashtra.