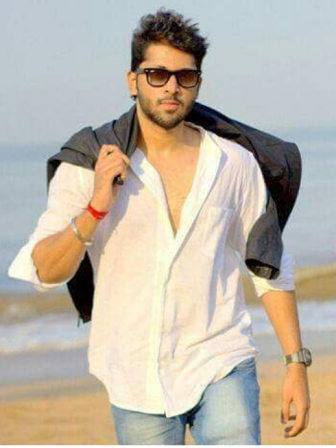 Ashutosh Patki may not be a known name in M Town but has been recognized in the small screen. He is a TV and Film actor primarily seen only in Marathi TV shows and films. He was born and brought up in Mumbai and comes from the famous music composer Ashok Patki. He did his schooling and college from Mumbai itself and always wanted to enter into the acting world though he also had plans to open up his own food joint. He did his schooling from IES Raja Shivaji Vidyalaya, while he completed his junior college from DG Ruparel College of Arts, Commerce and Science. He then went to join a three years Hotel Management and Catering Technology at Kohinoor College and had planned to open up a restaurant.

However, his first obsession was films, he therefore joined Anupam Kher Acting Institute and did a crash course in acting to get the idea about acting. He acted in plays during his school and college days. Ashutosh Patki was also seen working as assistant to director in a few films to get the basic idea about filmmaking and then he went on to do enter into the small screen getting a TV show in popular Marathi TV channel called E TV Marathi.  He worked in Kedar Shinde films like Madhu Ithe Aani Chandra Tithe and Shrimant Damodar Pant, which is yet to release in the theatres. He then headed to work in small screen and got the TV serial was called as Mendichya Panavar in which he played the lead role.

After opening his innings in the small screen, he got the chance to work in two films – one was from B R Chopra film called Akalpit which happened to be a M Town film. He then did another movie, which is still to be released. In fact, both the films are yet to be released in the theatres. In the meantime, he got another movie called Once More, which happens to be an ambitious project in M Town releasing with loads of VFX effects and graphics. It is a period drama, which has given him the lead role.