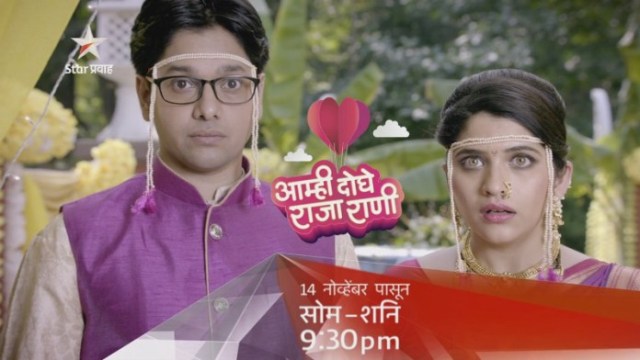 Amhi Doghe Raja Rani, a new serial, will be starting on Star Pravah from November 2016.  The show starts Deepti Lele, the green eyed beauty who was well known for her powerful in Marathi serials such as Lagori Matri Returns and Majhya Mahera. Amhi Doghe Raja Rani will be a family drama. Deepti Lele, the pretty actress will be playing an elegant daughter in law who brings who values in the her husband’s household.

Amhi Doghe Raja Rani will be aired on Star Pravah from November 14 2016. The promos of the show are all ready out that shows the marriage of the lead couple. Deepti looks the quintessential Marathi bride in the promos.