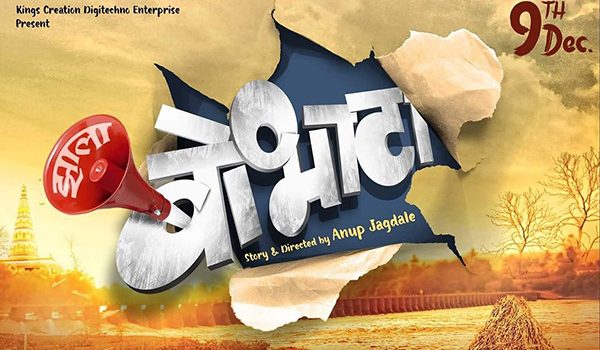 The M Town has a couple of releases this Friday, which certainly comes in the form of a film called Zala Bobhata  . The film has Dilip Prabhawalkar, Bhau Kadam, Sanjay Khapre, Kamlesh Sawant, Teja Devkar, Mayuresh Pem, Monalisa Bagal in the lead roles, while it is written and directed by Anup Jagdale and produced under the banner of Vidarbha Pictures. The film has the music by A V Prafullachandra. The film falls under the genre of drama, which has a bit of humor as well that makes the film interesting to catch. The basic element of the film is humor which comes along with the murder mystery. Let’s dig in deep into the film to get the crux of the same as under:

The M Town has a wide range of genre to deal and it has humor in the top list but this time we have a comedy film with a rural setting. Of late, the M Town has too many movies, which explore a film of such genre. A majority of these films though have failed both commercially and technically having loads of background scores having a double meaning dialogues having without any sense in the cinematic vision. Now, talking about this film it has a funny tale to narrate. Though one may find a bit of similarities with the earlier movies in but it has a basic humor element in it that is very much different

Taking about the film ‘Zala Bobhata  ’ it is definitely not a technical disaster. Though one may find the background score to be loud and annoying however, talking about the other elements in the film like editing, cinematography & other elements seemed to be very much decent. Pehrpas it’s the aura of Dilip Prabhawalkar’s that has helped the film to turn a decent content based movie. As you dig in deep in the film, the first half of the movie is filled with a number of humorous scenes, which can make you laugh and enjoy the movie.

However, the second half is just the opposite as the film with a rural comedy has been boasted for no reason making it to be a dose of social awareness. Appa the elderly man in the film happens to be a madcap in the movie but at the same time is the only known responsible citizen of this place. He leaves no stone unturned to implement his naïve plans to make the entire village to feel the importance of his presence and the hard work he does for the community and village empowerment.

Talking about the star performances, Kamlesh Sawant who is playing the character of Sarpanch of the village has the biggest screen space. His performance is incredibly impressive, while the romantic track is inspired solely by Sairat, which comprises of a number of disputes of this movie. One of the songs found in the film will certainly remind you the one from Sairat, thank to the melody and beauty it has that makes it worth watching in the theatres. Mayuresh Pem can be called as a talented young actor who simply gets an interesting opportunity in this movie. Sanjay Khapre is genuinely seen in funny role in the first half but sadly he remained unutilized in the second half.

The only problem of M Town movies is the budget and every aspect of the film to have governed by the budget. Even after that the film fails to have the visually appealing in any way. However, with films like Zala Bobhata   one can find it to be a treat to watch it thanks to the humorous content the film carry. However, one may find a couple of objections, thanks to the presence of certain double meaning dialogues in it. Yet these cannot be called as cheap’ as the makers have tried to keep hem below the limits keeping them less bolder to make it a non-erotic film.