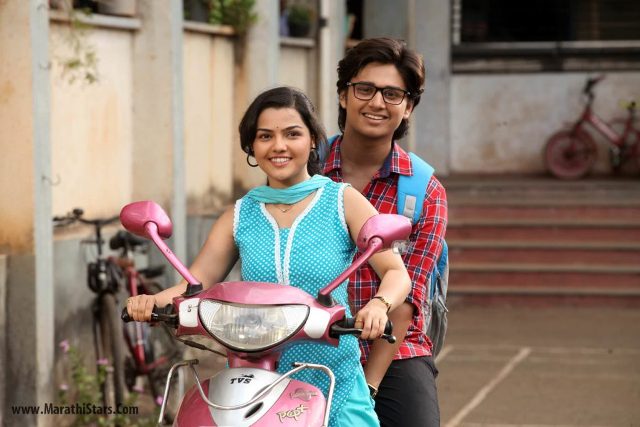 This Friday, the M Town is not short of releases and one of the movies hitting the theatres include Ti Sadhya Kay Karte. The Satish Rajawde directed movie had a decent buzz in the media, which somehow has managed the film to earn decent. The buzz has helped the film to get a decent occupancy report, which has allowed getting a decent earning over the box office. The film ended up doing a decent business somehow even challenging the competition posed by the other movie Zhalla Bobhata.

As per reports, the first day box office collection for the film Ti Sadhya Kay Karte tolled to around 1.5 crores, which is actually a decent amount in many ways. The trade pundits and business experts are visualizing a better outcome of the movie in the first weekend, which will certainly escalate in the coming first weekend. Hence one can certainly expect a decent surge in the coming two days giving the film a good collection at the box office.

Though the film had a clash with the other movie called Zhalla Bobhata, but thanks to its poor rating nad less promotion, the direct benefit for the M Town movie goers went to this movie Ti Saddhya Kay Karte. The film is likely to continue its buzz in the coming first weekend and considering the first day box office buzz, the collection seems to be better than the other for sure.