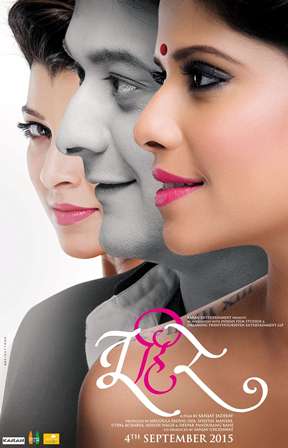 Great news Marathi movie lovers! Sanjay Jadhav is back with yet another love story.

The star cast from the earlier movies will be seen again casting their spell in Tu hi Re as well. So, Marathi movie lovers will yet again see Swapnil Joshi, Sai Tamhankar, and Tejaswini Pandit playing the lead roles along with Mrunal Jadhav and Sushant Shelar. The movie is produced by Sanjay Jadhav’s banner Dreaming 24/7 along with Karan Entertainment and Indian Famous Studio. The story is written by Manaswini Lata Ravindra. The music for this romantic movie has been composed by Pankaj Padgham and Amitraj, and Anand Shinde has lend his soulful voice to the amazing lyrics written by Guru Thakur.

The magic of Sanjay Jadhav is sure to work once again in Tu Hi Re. Set to be released on 4th September this year, this movie is a must watch for all the Marathi movie lovers. Moreover, the perfect combination of Sanjay Jadhav and Swapnil Joshi along with Sai Tamhankar, and Tejaswini Pandit adds all the more reasons to watch Tu Hi re in theatres near you with your family or loved one.