Top 10 Marathi Movies That Every Marathi Lover Should Watch 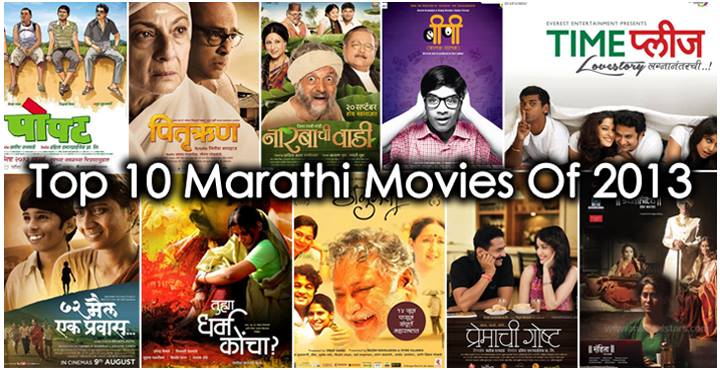 The M Town is among the evolved industry as compared to other regional cinemas in this country. As per top minds, the Marathi films have secured a good amount of exposure in global events, making them bigger and better at the world level. Well, if you are a Marathi film lover, you must have seen the following films, in case if you have missed the top 10 Marathi movies, which every cinema lover should catch up, then have a look at this list as under:

1). Court – Do you feel the need of knowing about this movie, well not really. Yes, it is the same one to be chosen in the list of Oscars of 2016. The film was among the top grocers of 2016 and finally it has embarked with number one position in the M Town.

2). Harishchandrachi Factory – If you not seen this film as yet, you have missed the epic retelling the way Dadasaheb Phalke embarked in this world with a motion picture in his hand making it a worth watching film.

3).  Me Shivajiraje Bhosale Boltoy – ThIs movie though was seen facing some identity crisis but at the end the maker of the movie was able to present the real spirit of Shivaji Maharaj and thus came the pure cinematic magic in this film.

4). Deool – It is among the most realistic film to enjoy in this current world of commercialization people tend to forget the real god to remember the trivial things they do to shine the god. The film has wonderfully addressed this element with the social activist character in the middle played by the skilled actor Nana Patekar. Deool teaches us loads of lessons provided we are receptive for the same.

5). Fandry– This film is from the most talented filmmaker from M Town – Nagraj. It is an ultimate masterpiece showcasing the menace of caste system. The film has its own beauty being interwoven the realities of life, which our system is pitted with.

6). Pune 52 – This film neo noir thriller, which is set up early nineties getting the national award winning star cast. The film is all about a seductive woman who hires a detective to find the reality of her husband.

7). Natsamrat – A masterpiece in terms of story and performance by actors like Nana Patekar. The film showcases about the plight of a superstar who when loses his stardom is lost amidst the streets with no one really keen to take care of him.

8). Dombivali Fast – This again the national award winning film, which captivates from the very first day. The film has a middle class man in it who is rampaging against the system as he is seen finding out the middle of the injustice and corruption.

9). Katyar Kaljat Ghusali – It is based on the popular play on the same title. The film-, Katyar Kaljat Ghusali showcases a musical duel found in between the two musical families. It has subjects likegreed, politics and human imperfections, which turn out to be perfect elements of the story and by the end of it, music is what you’re going to be rooting for.

10). Killa – Without this film this list is incomplete, which is a beautiful tale of a 11 year old boy who heads to a small town after her mom gets a job transfer. Adjusting to a new place seems to be a challenge for the child, which is being showcased in the most beautiful way.