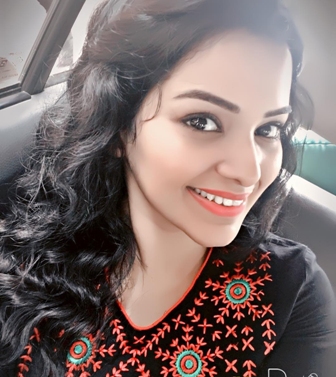 Titiksha Tawde is a Marathi TV and film actress. She hails from Mumbai and was born on 3rd July 1990 and raised in the city doing her schooling and college. However, she headed to Goa to do her Hotel Management at Institute of Hotel Management. She is more often called as Guddu as people find her name difficult to pronounce. During her school and college days, she was active in sports and was seen playing at the national level till when she was in 10th standard. However, soon she moved towards acting and participating in different fields.  As far as her personal life is concerned, she is still novice in this field and wants to focus in her career rather getting distracted with these things.

Titiksha Tawde first venture in acting world was the TV serial called Sanskriti which is still running over Colors Marathi channel. The TV show is aired daily at 7 pm. Besides, she also got the chance to play the junior artist role in Singham.  Talking about her upcoming venture is a Marathi film called Ek Thriller Night, which is on the floor. She is the part of this film wherein she is working with actors like Ashmit Patel, Nikhil Vairagar, Ketan Pendse, Khushboo Tawade and others. Ashmit is doing his debut in Marathi with this film. Well, talking about her personal life, he has not much to have in her personal life as she is not dating anyone. As per the actress, she wants to focus on her career right now.

Titiksha Tawde is the lead actress of upcoming Marathi serial Satvya Mulichi Satvi Mulgi. She playing the character of A girl who can  predicts the future but villagers think she does black magic