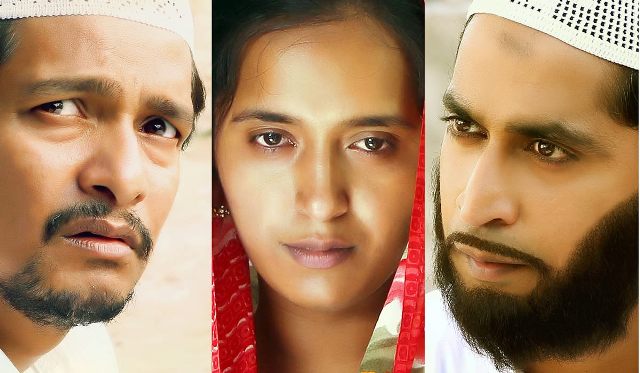 The film is all about the age old practice of triple talaq and the technical terms related to it called Halala and misuse of it through the story of Halim.

For the novices, the film Halala is all about the practice, which allows any divorced woman to remarry with the same husband she had married but later seen consummating the marriage and then get divorced by the second husband. The film digs the lives of Halim (played by Kagne) and Kuddus ( played by Jadhav). The film promises a good story but it come along with a weak performance. Thus it fails to grip the audience in a big way. Kange who is seen doing a good debut was seen portraying the most vulnerable character in an effective way. On the other side Mandlekar is seen doing a decent job by playing a good character and Vijay Kadam has altogether a different role to play.

Through the story of the lead actor called Halim, the film is seen addressing the patriarchal mind-set of the society and the hypocrisy involved. The Halal can be called as a mirror image to the society, irrespective of the religion. You can really feel the angst of the characters in the film along with the sense, the makers have however, scored the winning goal with a competent story but failed somewhere hard with the weaker performances.