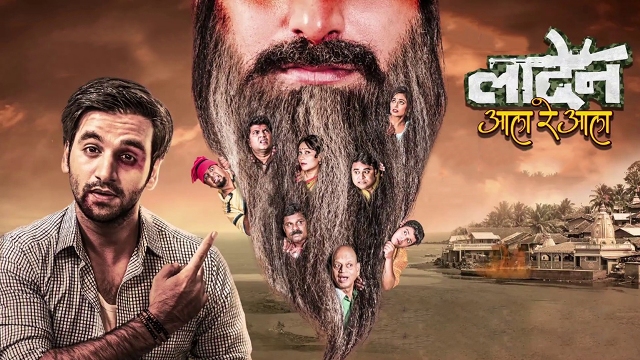 The film is made at the backdrop of a sleepy town of Ratnagiri and surrounds the lead actor PK Lele played by Rizvi. He is known to live in his drunkard made inside his boat. One day he says to the villagers that the rates of the gold will go up and that this will be the right time to invest in this. The villagers soon pay a heed to his idea and is seen investing, however, the rates for the gold drop down leading them to trash this man. Soon a twist comes in the film when Osama Bin Laden escapes from US and finds his hideout at this place. Soon the villagers hear the reward of 5000 crore from the US officials. So, what next is interesting to catch!

The film is based on a very absurd and impractical kind of storyline, which is really not easy to digest. First of all why on earth will Osama will  choose a village thousands of miles away from US and secondly who cares about a film which is made after six years of the death of this dreaded man. The film is pitted with absurd humor though a few can give you smile but rest will make you pull your hair. The story is weird and has no logic in it, the humor is substandard, while performances seemed okay. Azim who is seen making his debut in Marathi movies, needs some lessons on acting on an urgent basis, while others too are okay. Praneet seemed good with his act of laden. The other aspects like music, direction and screenplay seemed average.

If you happen to be the fan of mindless and illogical kind of comedy films and do like the crass kind of puns and punches then this could be a perfect movie. Otherwise it is not at all a worthy film to catch this weekend and ruin you money and time.