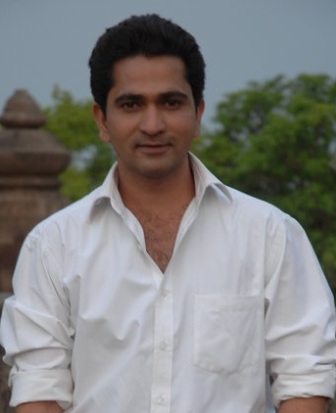 Sushant Shelar is a known name in M Town who has carved his niche in theatres, TV and silver screen. He hails from Mumbai and was born on 17th November 1980 and raised in this city only in the suburb of Mumbai called Lower Parel. She did her schooling and college from Mumbai and went to Kirti College for her graduation. Since his childhood, he participated in a number of street plays and cultural activities, which helped him to decide his career much early. He then starred as a child actor in Mayurpank and in his personal life he is a devotee of Shri Swami Samarth and has his own production company called Samarth Vision. He is originally from Konkan area.

His career started in 1983 working as a child actor. Since his college days, he was active in his cultural activities and doing a number of things for his career. Some of his plays include Mi Nathuram Godse Boltoy, Dandekaran cha Salla, Aytyavar Koytaa, Bahuroopi Pu.La and AdhiBasu Mag Bolu. He then headed towards small screen to start his innings of small screen. Some of the TV serials include Ya Gojirvanya Gharat, Mayurpankh, Abhalmaya, Kimyagaar, Savlyancha Sange, Ghe Bharari, Kata Rute Kunala, Indra dhanushy, Ashakya and Agni shikha.
Soon he headed towards silver screen world and was seen doing a number of films including Duniyadari, VanshVe, Dhoom 2 Dhamaal, Classmates, Matter, Tu hi Re, Blind Game, Prati bimb and Sangharsh to name a few. Now, talking about his personal life, he is a family man and has a daughter from his marriage to his old time girlfriend. He happens to be a close friend to the popular actor Santosh Juvekar and has been buddies since the struggling days. He has also worked in his two blockbuster movies like Duniyadari and Classmate. He is also a good poet and has tried his hand in writing poems and other stuff.