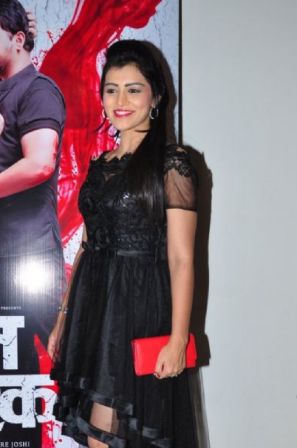 Sneha Chavan is among the upcoming star of M Town. She hails from Bangalore and brought up in Pune. She is basically a dancer and has been dancing when she was barely six years old and wanted to be a choreographer, however, as she grew up watching plays and Movies, she decided to prepare herself to become an actor. She did her schooling and college based in Pune, however, her love to act made her to shift to Bombay the city of love. She then participated in a reality show called 9X Jhakaas Heroine Season 2 and won the title opening the gate in the acting world.

Since she was attached to theatres in Bombay and also in Pune when she was there, she didn’t had any problem in settling down things while winning the title for the reality show. As the show declared that the winner of the reality show would be the lead actress of the Sanjay Leela Bhansali’s first Marathi movie. Hence when she won the title, she was eventually the part and parcel of the debut Marathi movie venture by Sanjay Leela Bhansali. She is gearing up for the release of her first Marathi movie called Laal Ishq opposite Swapnil Joshi the talented actor from M Town.