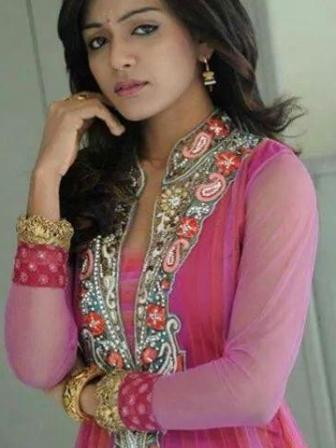 Kajal Sharma is a rising name in Marathi Industry. She hails from Mumbai wherein she was born and brought up at. She was born on 19th June 1985 in Mumbai. She did her schooling and college from the same city graduating from the Vaze Kelkar College based in Mulund in Mumbai. Since she was interested in cultural activities and even linked theatre group, hence was seen heading to the acting world to try her luck in it. With a bit of struggle, she got her chance to do her B Town film called Kyun! Ho Gaya Na. Soon after doing this film, she got the south Indian film called Brindaavanan for which she has bagged for the CineMAA Award for the category for Best Actress for her incredible performance.

She soon started getting a couple of South Indian films, making her a popular actress. Back in M Town, she got the chance to a film called Prem Kahaani – Ek Lapleli Goshta, which is a love story, which she is doing with the Maharana Pratap fame actor Faizal Khan. Kajal though can be called as a fresh face in M Town, however, she isn’t the new face in acting world. As far as her personal life is concerned, she is single but not ready to mingle as she wants to focus in her career.