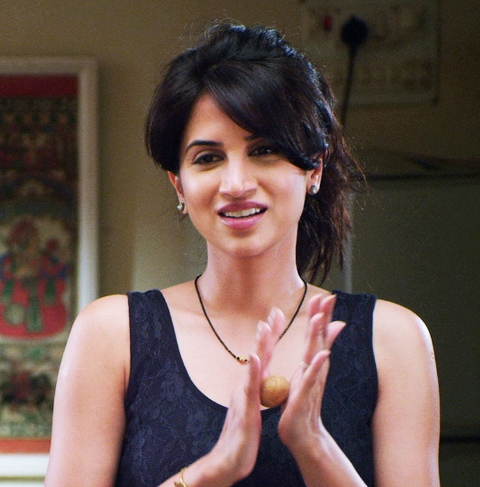 The bitter reality is that almost every homemaker’s life is tied up to the clock. All her life she tries hard to maintain a healthy work-life balance. And even our female celebrities fall under the same category. ‘Pappi de parula’ fame Smita Gondkar is no exception to this. And, the reason being her upcoming film… Mr. and Mrs. Unwanted. While striving hard to sail in both the boats of career and personal life, many a times we redeem our wanted into unwanted, unknowingly. Smita Gondkar is facing the same situation in her forthcoming movie… Mr. and Mrs. Unwanted.

While the lead Mrs. is played by Smita, the male protagonist i.e. Mr. Unwanted is none other than Crime Patrol fame Rajendra Shisatkar. Dual family triggers double complications and the core idea of the film revolves around it, written by Prakash Gawade. While the duo Prakash Gawade and Dinesh Anant are the script and dialogue writers of this project. Just like the story idea, even the lead pair is equally refreshing. And the one presenting them is none other than producer Mitang Bhupendra Rawal.

Produced by Urvi Enterprises, Mr. and Mrs. Unwanted is set for its release on 23rd of September. To know about the winner between the race of wanted and unwanted check the nearest theatres around you. While the brand new pair Smita Gondkar and Rajendra Shisatkar will be surely a breath of fresh air.