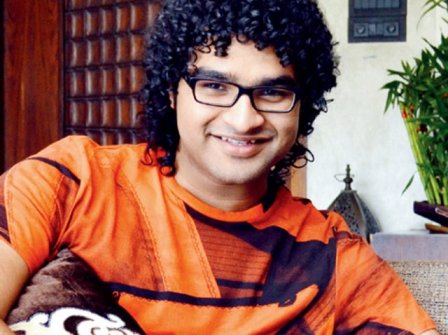 Swapnil Joshi and Sonali Kulkarni starrer Mitwa is all set to woo the audience on 13 February. The trio of Shankar Ehsaan Loy has composed music for this love story. Sidharth Mahadevan , son of renowned singer and composer Shankar Mahadevan has sung a scintillating dance number in the film. The song has lyrics “Satyam Shivam Sundaram” and is a disco number featuring Swapnil Joshi and Prarthna Bahere who plays a leading role in the film. This is the first time a disco song has been composed in a Marathi film. It is getting popular on the television and also on the web.

This is Sidharth Mahadevan’s first song in Marathi and the fact that he has rendered his voice for his father’s composition makes the song even more special for the musician father son duo. Sidharth , whose mother tongue is Malayalam, has been brought up in Mumbai. His Marathi diction sounds superb. The song is being compared to disco hits of Bollywood films of all time. Its foot tapping music is sure to get popular with the youngsters. Swapnil and Prarthana look great grooving to the disco music. It reminds us of the evergreen classic disco song Hare Krishna Hare Raam. It is not new in Bollywood to give disco numbers a touch of Hindi. But it is the first time that a Marathi film gets lyrics like Satyam Shivam Sundaram.