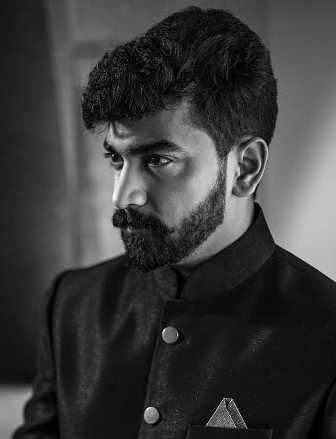 Siddharth Bodke is an Indian actor who was born and brought up in Naski. He was born on 30th November 1995 in Nasik. He did is schooling from Day Care School Nasik and later he did his graduation from NBT Law College. During his school and college days, he has been active in cultural activities and he remained at the forefront for organizing a number of festivals and cultural programs that developed in him the knack for acting and later turned his passion.

So, when he finally completed his education, he headed to Mumbai to pursue his dreams. With a bit of struggle, he managed to enter into the small screen getting a role in a TV show called Tu Ashi Javli Raha, which is all set to hit the channel Zee Yuva. However, he was lucky enough to get the M Town film first rather than the TV show. His debut in entertainment world in regional language started in 2018 itself with a film called Bhay, which was aired in the summers of 2018.

Talking about his personal life, he is very much single and not ready to mingle despite being the most eligible bachelor of the town. He is currently focusing in his career, which according to the actor has just started. He likes to be active in the social media and has been often seen in Facebook and other similar platforms. He has been promoting his TV show apart from using the other platforms to do so. Stay tuned to know more about it and others only with us.