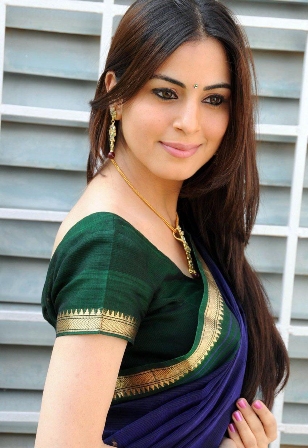 Shraddha Arya is an Indian actress who was born on 17 August 1987 in New Delhi. She was born and brought up in this city and had her schooling and college from this place only. When she completed her education, she headed to Mumbai as she knew that she can achieve her goals in this place only. It was in 2005 when she headed to Mumbai once she was spotted in the TV reality show called India’s Best CInestars Ki Khoj. She was soon seen in the Ram Gopal Varma’s movie called Nishabd apart from seen with other movie called Paathshaala with Shahid Kapoor.

In the meantime, she was also seen venturing in the South Indian films with getting good roles in Telugu industry in films including Godava opposite Vaibhav Reddy, Romeo and Kothi Muka besides the one called the Tamil cinema in Kalvanin Kadali released in the year 2006with actor-director S. J. Surya. She has also done Music videos along with other stuff.

In the year 2011, she started her innings in small screen by getting the role in the TV show known as Main Lakshmi Tere Aangan Ki. She then got the lead role for the TV show called Tumhari Paakhi and Dream Girl – Ek Ladki Deewani Si aired the popular channel of Life OK. She even got the award for the Indian Telly Award for the Best Actress in a Negative Role for Dream Girl apart form the Best Jodi Award at the Zee Gold Awards, and the Women Achievers Award in 2016 and Hero of the Month Award by Life OK.

Ringan Movie Review : Film narrates the darker side of ailing farmer in Maharashtra