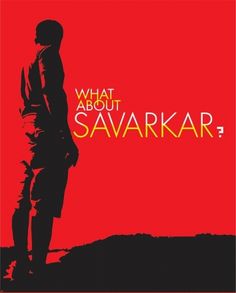 What about Savarkar ? is a movie enthused with patriotism but with a different flavor, one that you would have not seen before. It is coming soon to the audience with as a surprise package and as an eye opener for it will raise question about each common Indian’s commitment to his nation. The film intends to bring to light the present scenario in the country that involves people’s negligence and indifference to social issues.

The actors roped in for the film are Shirkant Bide of 1909 fame and actress Sara Shrawan among others that include Sharad Ponkshe, Avinash Narkar and Atul Todankar. The film is directed by Rupesh Katare and Nitin Gawde. The theme if the film is the interweaving of the past and the present of the nation. It connects the present citizens of India to the people whose names have gone down in the history of the nation as great freedom fighters. It presents the contrast of the two generation and also the gap but with the intention to awaken the common youth of the country to its responsibilities.

Now that makes an interesting treat for the audience. It will be exciting to see how much Veer Savarkar succeeds in its initiative that is first of its kind.