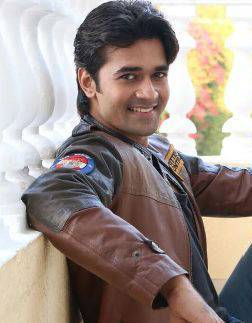 Sanket Pathak is a known Marathi movie and TV star who hails from Nasik wherein he was born and brought up at. He was born on 2nd June 1988, while he at the time of writing this post is of 30 years. He did his schooling from Nasik but for his higher studies, he headed to Pune from where he completed his graduation. While he was pursuing his studies, he got the chance to be the part of a theatre group getting his entry into the world of acting and thus was bitten by the acting bug. Hence he completed his studies, he headed to Mumbai to pursue his dreams and thus become the star of the town.

So, once he reached to Mumbai, he got the chance to work in a TV show aired at ETV Colors Marathi called Jay Ho. This made him to enter into the world of acting having his debut with the said show. He then got the TV show called Majha Hoshil Ka on the Colors Marathi channel wherein he would be playing the character of a rich guy called Samar Bhagwat . Since then it was no looking back for him. He then did a number of TV shows including Sai Baba, Vasudha, Katha Sarita, Hal, Kalam Hue Haath, Padri Aal Aabhal, and Rang Maza Vegala to name a few. The TV shows included both the Hindi and Marathi ones.

Talking about the break in films, he first got the chance to work in the film with the M Town movie called Mohini released in 2006, and then Raghupati Raghav Raja Ram released the next year in 2007. His debut Hindi movie included Yugstri Mata Ramai released in 2011 and then Haunted House released the same year. His other M Town Marathi movie include Tujhi Majhi Love Story. He is soon going to be seen in the TV show called Chatriwali, which is going to start in June 2018. Some of his Marathi theatre plays include Natasamrat and Takkevari. He also did a couple of documentaries which include Masoom Manasikta, and Sadak Se Sansad Tak (Hindi-2003), while was seen doing the video album called Vari Jyotibachi.