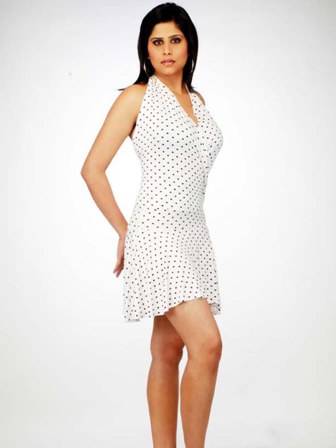 Sai Tamhankar who has a chiseled body that can make any man go weak in the knees, is a result of dedicated work out sessions. The actress who flaunted her perfect body in a red bikini in the film No Entry Pudhe Dhoka Aahey in 2012 had recently put on weight for her upcoming film Guru Purnima . On the insistence of the direct of the film, Sai put on many kgs in order to suit the character better. Right after the completion of the shooting of Guru Purnima , Sai had to get to the shooting for Pyar Wali Love Story which required her to look her slim best. The actress, who is a fitness freak , took to kick boxing to shed the extra kilos. After dedicated work out for two months, Sai lost around 7 kgs and was all set to shoot for Pyar Wali Love Story.

Sai’s hard work is evident for she looks sizzling in the promos and songs of Pyar Wali Love Story. According to Sai , kick boxing is a very fruitful exercise that helps maintain fitness and agility. It helped her bring her body back to perfect shape and shed the weight the had gained for her previous film Guru Purnima.