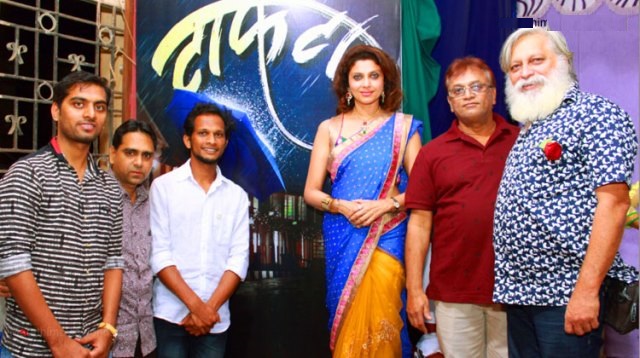 The known filmmaker of Marathi cinema has now complete two and half decades in his career. In order to mark this achievement, he was seen invited Varsha Usgaonkar the first star of his film Shejari Shejari at the function wherein he announced his next venture called Taffeta. The word Tafetta as its origin in Persian language, which means Twisted Woven, as the script of the film has similar plot hence he found this word very much appropriate. The story of the film is given by Tushar Godse, while it is directed by Nitin Saval.

The film is romantic story; however, the director has claimed to be different than the other. So, one can find the film to be a love story which will go as a complex one hence has the name Taffeta. The director has roped in some young stars in the film including Siddharth Chandekar, Abhijit Khandkekar, Prajakta Mali and Pallavi Patil in the pivotal roles. Keep tuned up with JB to get the latest updates about the same.