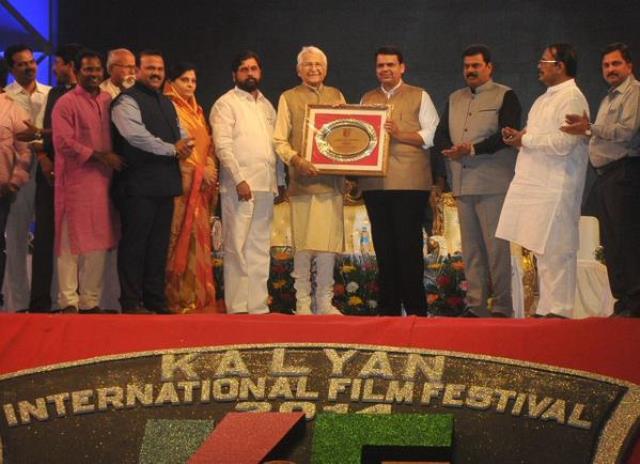 The Kalyan International Film Festival witnessed with a great fervor and spirit at Kalyan. Though the festival is a five days often but this year, it was just a one day affair and the remaining money was donated to the draught relief fund of CM. It was a star packed events wherein both the stars from B Town and M Town were present during this film festival. The judges panel comprising of Qayyum Kazi, Gajanan Fulari and Prakash Bhalekar were one to who took the decision about the. The winner list goes as under:

The convener of the film festival was Vinod Shinde, who informed why the award function was cut shot by one day from four days considering the fact that the festival has contributed the amount to the relief fund of MS State CM on the behalf of organizations like IMPA and western India Film and TV Producers Association.The next edition of the said film festival will be organized from 25 December to 29 December 2016 at Kalyan.