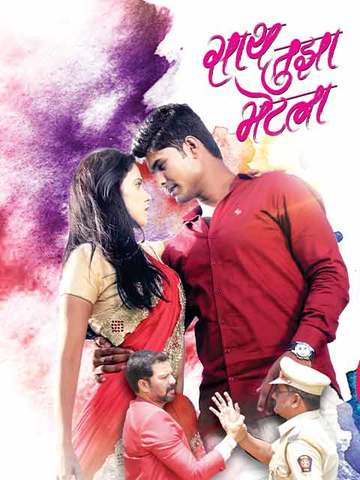 Plot :
The film is a love triangle with lots of drama in it. It is a love between Vedika and Aditya which obviously faces the objection from their families with class and status difference. So, how would they come out from this tussle and find their love would be interesting to catch in this romantic drama movie.

The film seems to have used the same old love story between two souls of different class and status difference. Aditya who is the new driver of Vedika falls in love and soon as the love blossoms come the rejection from both the families. Thus come the war and chaos between the two leading to the story that can be found many times in any typical masala movie in any industry. However, what difference one can find is the set of actors and locations in the film.

Unfortunately, the lose and monotonous story is backed with poor and shabby performances of the actors in the star cast who seemed to do their job only like typical government employees who are brought up in a culture of not working and doing things only for the heck of it. This also hampered the screenplay and other elements of the film thus slashing down the entertainment value of the movie in a big way. The other elements like photography, editing, music, and songs too were not that impressive for the film.

Saath Tujhe Bhetla is nothing but a curse to catch on the silver screen. The film is surrounded by shabby performances, lowly music and story that can be a real punishment to catch in your nearby cinema. Yet if you want to catch the movie, make sure you do it on your own risk.