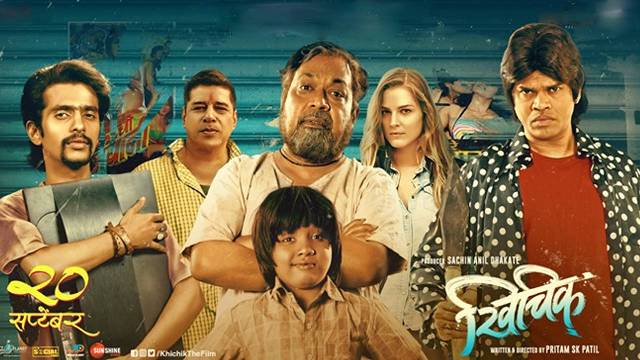 The film is about a villager who takes a young boy and his grandfather for a ride by coning their money. This leads to the separation of the boy from his grandfather. So, will they meet once again or the boy be able to get the photo back from his con friend is the big question that can be answered by catching up the film in your nearby cinema.

The story of the film remains simple that come along with the right mix of emotions, humor, and drama that catches the feeling of a child perfectly in an alien city. The film’s first half is light and sporty with humor and comedy, while the second half witnesses an emotional turmoil that seems interesting to catch in the film. Much of the film has gone portraying the film in a different direction giving a twist to the audience.

Now, talking about the star cast, it had decent actors in the film with two of them doing their debut with decent performances, however, the young boy played by Yash Khond seems to have stolen the show with his incredible performance. The way the family deal with the emotional trauma and turbulence seems to be spine chilling for the audience giving an everlasting impression on the audience. On the other side, talking of the music, photography, and direction, all these elements seemed above average but did not do that much well to boost up the entertainment value of the film. The untimely numbers ruined the show.

The film Khichik is just a one-time watch film, however, if you value the performance of young actor Yash, you can think of catching it too often. The film has the proportionate blend of humor and emotional story that can be given a try for an audience wanting a decent watch this weekend.