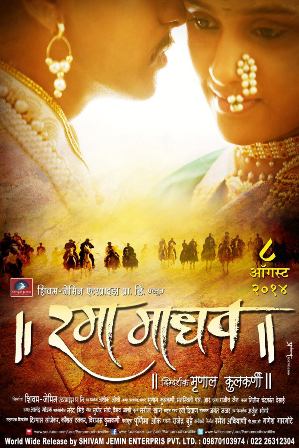 Plot : Rama Madhav is the upcoming Marathi movie with a big budget. The movie is filmed by the very popular Mrinal Kulkarni. The movie story relates to an unspoken love story between the two movie character Madhavrav and his beautiful wife Ramabai.

The official theatrical trailer of the film clarifies that the team technicians and onscreen film production has been done with excellent quality. The film also features some innovative Marathi song tracks to keep the audience entertained. The movie is set for release on 8th of august 2014. While waiting, you can get a glimpse of movie story by watching the official film trailer.