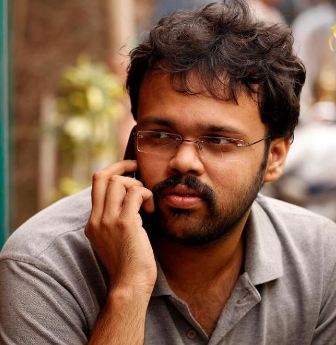 With his frenzied hair and spectacles looks, Pushkaraj Chirputkar can be mistaken for a musician. But those who are familiar with Marathi Television know that he is an exceptional actor who brings lots of depths in his characters. This Pune born 30 year old young man played the role of Aashu in the youngsters’ comedy show Dil Dosti Duniyadaari. He played the character with so much ease that the he has been etched in the audience’s mind as Aashu. Once again when the promos of the sequel to this hit show are released, the audience is waiting to see his sizzling chemistry with other characters of the show.

Pushkaraj Chirputkar was born on 6th September 1986. He was born in a typical and traditional Marathi family in Pune. He spent his childhood in Pune completing his schooling there. There on, he applied for engineering and graduated from Pimpri Chinchwad College of Engineer in Pune in the year 2008. The young engineering graduate struggled with his career choices in his life but then landed up in the Mumbai Marathi film industry doing theatre and movies.

Pushkaraj had taken a liking for theatre since his third year in college. From there he got to theatre widely and spotted by the producer Sanjay Jadhav who was looking for an apt face to play the role of Aashu in the then coveted show Dil Dosti Duniyadaari. This proved to be a trump card for the actor and he got widespread popularity for the character.

Pushkaraj’s role in Aashu is of a young event planner who takes loan from his friends and ends up in funny situations now and then.

Pushkaraj is now looking forward to the new season of the show in which he will be playing the same role. The promos of the show are released showing Pushkaraj and Suvrat in new looks.