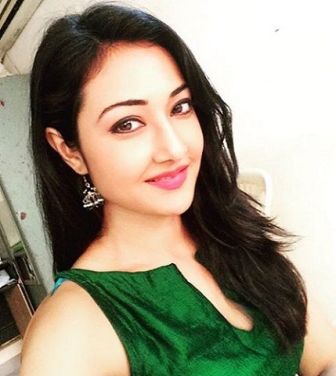 The beautiful Patrali Chattopadhyay is the part of the path breaking show Queens Hain Hum aired on & TV. Patrali Chattopadhyay plays the role of Akanksha Banerjee who is Bengali living in Delhi. The show is a Hindi version of the popular English sitcom Sex and the City. The serial is based on five women in Delhi who are friends and interact on daily basis. These are not young college goers but women who have a family and career and are aware of their social needs. All the five characters are true to life and very impactful. Among them Patrali, played by Akanksha Banerjee Jha, is a social activist. She is the owner of an NGO that deals with unjust practices against women.

Patrali Chattopadhyay is a Kolkata based Bengali. She was born in a modern Bengali family and had her education in the city before she moved to Mumbai for her career. She was chosen for the role of Patrali as she is herself a Bengali and suits the character to the T. The show Queens Hain Hum is being aired on & TV presently.

Patrali Chattopadhyay has exceptional facial features and lanky figure which impart a gorgeous appearance to her. She loves to wear traditional Bengali clothes. She is fond of Bengali and Chinese cuisine. As a follower of art and culture she loves to watch good movies in English, Bengali and Hindi.

Patrali said in a recent interview that she is quite similar to her character in Queens Hain Hum. She is also a very independent and intellectual person who likes to question the existing norms. She believes that women should have a questioning nature and should not compromise on their values in the male dominated society.