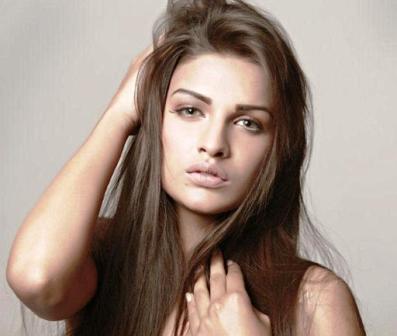 Himanshi Khurana is an actress in Punjabi films and music videos. She was born on 27 November 1991 in Kiratpur Sahib Punjab. She grew up in Ludhiana Punjab. She did her first music video Big Day Party by Kuldeeo Manak in 2010. Himanshi made her movie debut with Jeet Lengey Jahan in 2012.

Himanshi’s parents are from Ludhiana where she grew up. Her mother’s name is Suneet Kaur and has a younger brother. She is dating singer Ammy Virk. The couple got engaged in 2016.

Even while she was in school, Himanshi showed inclination towards modeling. She participated in Miss Ludhiana Contest which she won at the age of sixteen. She shot to fame with the music video Big Day Party by the singer Kuldeep Manak. She came in the notice of film makers for this video that got very popular with the youngsters. She was cast in the leading role in a Punjabi film Jeet Lengey Jahaan is 2012. Thereafter she continued to work in many music videos with accomplished singers like Lakhwinder Wadali, Hardy Sandhu, Roshan Prince, Jassi Gill, Badshah, J- Star, Sukhe and Jashan Nanarh.

Besides her movies and music videos, Himanshi has received honors in her beauty contests and shows. She was a winner in Dhee Punjabi Di. She won the Miss Ludhiana title organized by Nritiya Academy. In 2010, the talent hunt Miss PTC Punjabi show saw her among the top finalists.