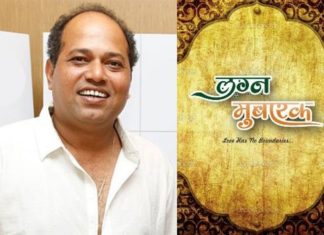 While everyone is experimenting and switching from one genre to another, director Sanjay Jadhav too will be experimenting with acting on the silver screen. Known for quality films in Marathi industry, the director will be working with the team of the film Lagna Mubarak and will be playing the role of a Muslim indulgent man. The veteran director has entertained the Marathi audience with films like Duniyadaari and Checkmate.

A romantic comedy, Lagna Mubarak , in it’s production stage now, will be having an ensemble cast consisting of Prarthana Bahere, Sanskruti Balgude, Siddhant Mule and Sanjay Jadhav himself.

Recently the actor was also in news for joining the team of upcoming reality dance show 2 MAD on Colors Marathi as a judge. The movie is produced by Pathak Productions and is directed by Sagar Pathak.

2MAD is also the director’s first time in judging. Seems like the director is in his experimental phase. Sanjay has also done cinematography for Bollywood films too. His directorial ventures in Marathi includes Tu Hi Re, Guru, Pyaar Waali Love Story, Duniyadaari, Fakth Ladh Mhana, Ringa, Ringa , Checkmate in recent times. We are looking forward to the director donning this new avatar.

Subodh Bhave has two releases in pipeline next year