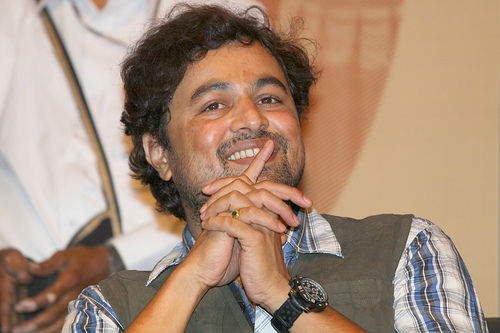 If we say Subodh Bhave is the poster boy of the present Marathi cinema , it won’t be an over statement. With exemplary performances back to back and with the humble smile that steals hearts away, Subodh is a charismatic actor. The beginning of the year 2017 , will undoubtedly belong to Subodh as he has three releases lining up. As Subodh likes to be choosy about his films and does not prefer to hog the spotlight, these releases were unplanned.

Fugay, in which Subodh stars with Swapnil Joshi, was delayed due to demonetization issues. Now the makers are planning to get it released in the coming year. The trailers of the film Karar have also been released. Karar is slated to release next month. So it might just happen the two movies may release in the same month.

Recently , designer Vikram Phadnis’s movie Hrudayantar, starring Subodh  was launched by none other Shahrukh Khan. Hrudayantar will gear up for release next year mid.

Although there were two release of Subodh last year, namely Bandh Nylonche and Kiran Kulkarni Vs Kiran Kulkarni, the response was average. However, Subodh garnered praise for his supporting role in the Malayalam film, Pinneyum.

We wish the talented actor all the best!!