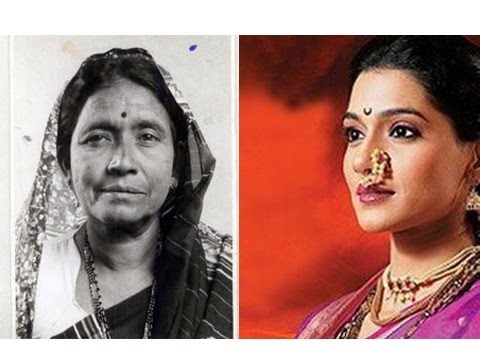 In the history of Maharshtra, the folk art “Tamasha” formed an important part. Today, tough the art has almost lost it’s sheen barring a few regions of Maharashtra, the name of Vithabai Narayangaokar is fresh in history as the female actress who worked for to give Tamasha actors the due recognition by the government. Although that seems like an old story, it will be freshened up by an upcoming film which is based on the life of Vithabai. The lead title role will be essayed by none other than the beautiful and talented actress, Urmila Kanetkar Kothare.

The movie titled, Vitha, is in it’s post production stage at present and the trailers will soon be released. The director and producers are gearing up for the release of the film. The posters of the actress’s stills are out and we must say Urmila looks the character to the T.

Urmila wil also be seen in a family drama opposite Subodh Bhave, titled Karar. The actress always gives convincing and powerful performances with a subtlety of her own. Moreover she is very experimenting and flexible with her looks that gets her fitting into character roles with ease.

So another chapter of Maharashtra’s history may just unfold when Vitha comes on to the screen.