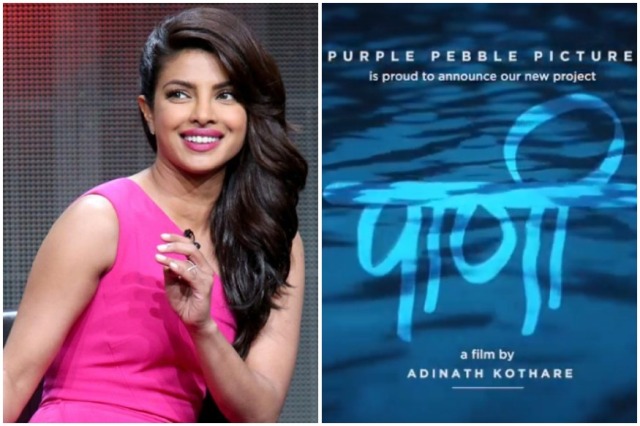 We seen the actress and global icon Priyanka Chopra venturing in M Town since past few years and have embarked upon three movies so far. As per the latest buzz, she is again all set to connect the M Town audience with her next Marathi movie called Paani. She has been absent from B Town as was tied up with her global ventures but talking about the M Town she has a special connections and is back again with another movie called Paani under her own banner called Purple Pebble Pictures. The last time we saw the diva come up the the film Ventilator which was directed by Rajesh Mapuskar.
She has also backed another Marathi film ‘Kay Re Rascalaa’. And now this year in 2018 her production company ‘Purple Pebble Pictures’ is now bringing two more Marathi films, which include the one called ‘Firebrand’ by national award winning director Aruna Raje & the other is actor turned director Adinath Kothare’s ‘Paani’! We have seen the lady backing a good content when it comes to M Town film.
Unlike the other films, once again we can expect the film to make a good and decent return. The film will be directed by Adinath Kothare the man who has directed ‘Firebrand’ and both has become as successful as Priyanka’s first Marathi film called ‘Ventilator’! Also, we see Adinath Kothare following the footsteps of his father who was a vetern filmmaker in order to become a director too is an exciting news for Marathi fans.