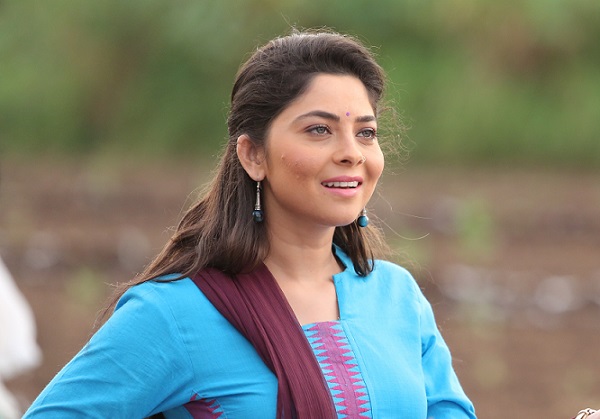 Making a humorous film is a big task as we have to take care of the sentiments of every individual watching the film on screen. While making such films behind the screens are quite interesting and entertaining. We are just putting light on the dozens of nick name sonalee possess by the end of the cinema. The entire team had a gala time shooting this film.

With nice zeal, enthusiasm and too much fun the film got completed. During the journey of shooting many interesting things happened one of which the trenion actor-writer Hemant Dhome shared; “Sonalee Kulkarni being the only girl was pampered a lot and given many interesting nicknames among which Kamruddin Bakshi was the most hilarious and loved one”. The Director of the film Sameer Patil called her ‘madam’, Shons, Sona, Sonpari etc. were the nick names given to her by the team of Poshter girl.

Sonali expressed that she was showered with too much love and care by the entire team.

This Poshter girl banged on many nicknames throughout the shoot and her bag is full of sweet names. Viacom18 Motion Pictures and Chalo Film Banayein is slated to be realesed on 12th of February all over Maharashtra.