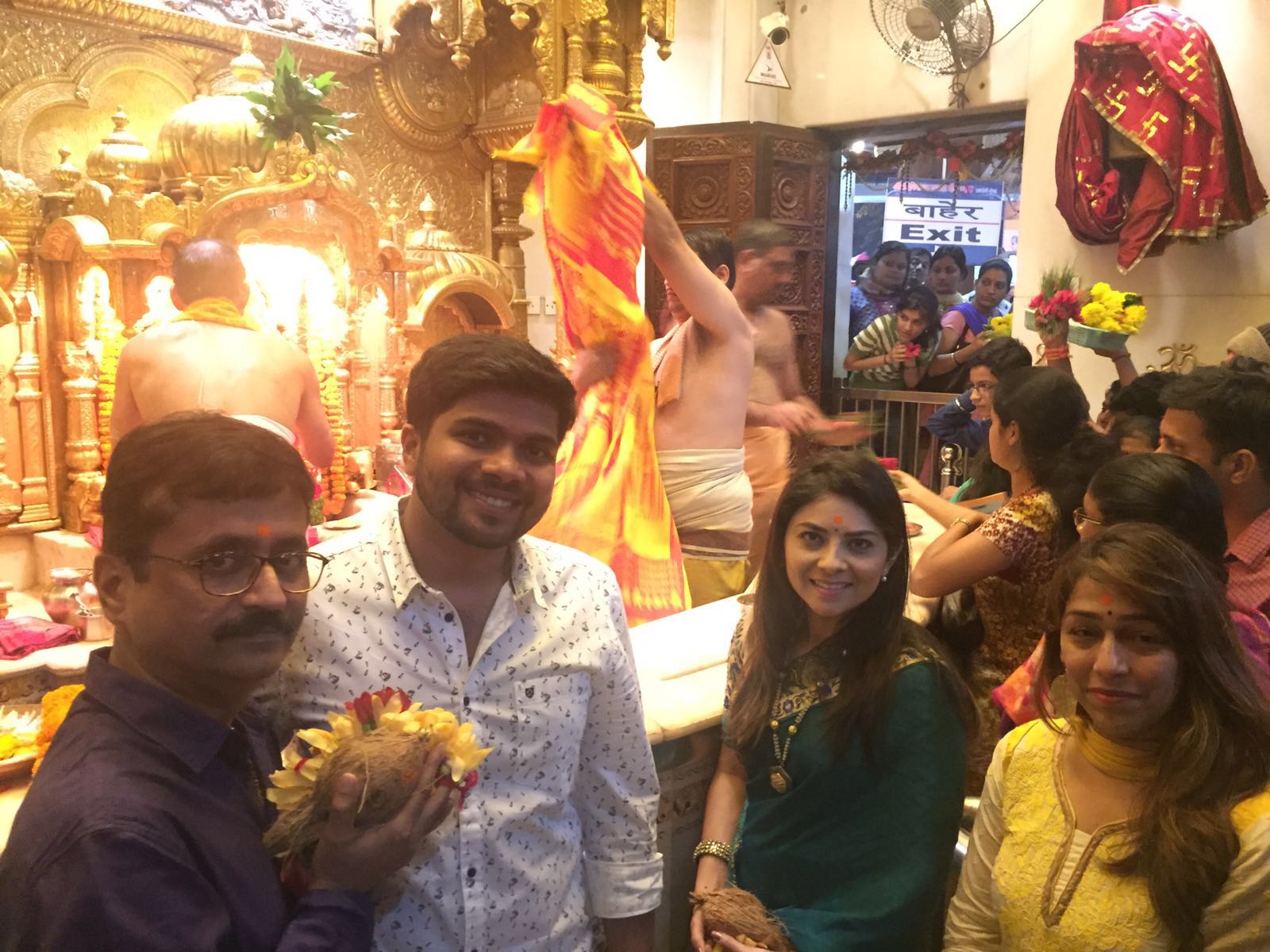 Poshter Girl which is slated to be released on the 12th of February is a cinema which conveys a social message through light hearted comedy. The entire team who has given their best performance so as to deliver the message properly to their audience the team visited Siddhivinayak temple at Prabhadevi. The team seek blessings from the beloved Ganapati bappa so that the film be liked and cherished by all the viewers.

When asked to Sonali about her visit to the temple she said; “how mother understands what her child wants in the similar way God does and he is the creator he has already decided what and when to give. So we are here to thank him for what he has given to us”.

Hemant Dhome expressed, “that he prayed to the almighty, let the audience love this film as it is being made for them”.

Women centric film produced by Viacom 18 motion pictures and Cahlo film banayein is slated to be released on 12th February throughout Maharashtra.