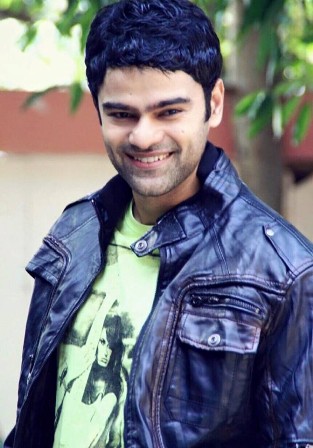 Nagpur but was raised in Baroda as his parents shifted to Gujarat. He did his schooling and college from Baroda. He then got his degree in Theatre Arts from the Baroda based Maharaja Sayajirao University in Performing Arts Department. During his college days, he was active cultural activities pariticipating in different plays and during these days only he got the role in a Hindi play called Mahanirvan by Satish Alekar and later he got the chance to perform in Oye Band Baj Gaya and Sakne Re TO SasuNahi directed by his own institute.

He soon headed to Mumbai wherein he got the chance to enter the Marathi TV show called Kata Rute Kunala, while his first TV show was Burey Bhi Hum Bhale Bhi Hum aired on Star Plus wherein he played the character of Kaivalya. Soon he got Zee Marathi popular show called Lajja, which helped him to get recognition in small screen world. His performance was applauded as the show went a big hit. His next show was Ekach Hya Janmi Janu followed by a slew of other shows including in all the three languages Hindi, Marathi and Gujarati.

As far as Piyush Ranade film career is concerned, it all started with the Marathi film called Chuk Bhul Dyavi Ghyavi wherein he did a small guest appearance in the year 2014. Soon he got another called Shivya wherein he played the negative role in it. He is currently doing another Marathi film, which is still to be named. And talking about his personal life, he got married to ShalmaleeTolyle in the year 2010 who is also a TV actress, however, the two got separated in the year 2014 so currently he is single.