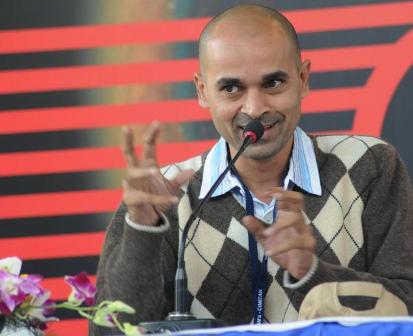 Although we haven’t heard of this director for long time now, his name is one we cannot forget easily. Known for his Academy awards nominated film Harishchandrachi Factory, director Paraesh Mokashi has now announced his next project. He was away from media for a few years. And after a gap of four years, he has made the formal announcement of his new venture. Harishchandrachi Factory, that came in the year 2009, bagged many awards in India and in international festival. Nandu Madhav who played the lead role and Paresh himself were highly appreciated. The film received many awards in various categories.

Paresh ‘s next film is titled Elizabeth Ekadashi .Itis a very interesting title that raises lots of expectations. The 45 year old actor has been dedicatedly working in the production of feature films and theatre plays for about three decades now. According to sources, he came up with the project after a long contemplation and research. He is known to take lots of time to finalize his cast and crew and to finalize the script. His long deliberations finally seem to be over. The director was not associated with any work in the film industry in these four years. That is a long hibernating period Paresh !